Do you have a claim for a defective or unsafe product?

When an unsafe and defective product injures someone, those injuries are often complex. So are the lawsuits connected with them. But the fact is that those who manufacture and sell products have a legal obligation to make sure that their products are safe to use before they end up in the hands of the public. If you or someone you know has suffered any injury from using or consuming any kind of defective product, you want to make certain you consult an attorney with experience in handling this type of litigation.

Typically, a lawsuit involving an unsafe and dangerous product focuses on one or more of three fundamental claims:

Let’s take a closer look at these three types of claims in the context of some recent lawsuits—called product liability lawsuits—alleging that products were unsafe and defective. Keep in mind that a product liability lawsuit often asserts that the plaintiff’s injuries resulted from more than one of these dangerous and defective conditions. It’s also important to remember that a company defending against one of these lawsuits will aggressively look for ways to show that your injuries were caused by something that you, not they, did wrong.

As we’ve just seen, a design defect is a dangerous condition caused by the product’s having been poorly designed or improperly tested. Someone who takes a pill to relieve his headache, and then suffers a heart attack caused by an ingredient regularly found in that pill, would have a claim based on a design defect. Defective design claims do not arise from some mistake or quirk in the manufacturing process. Instead the claim is that the entire line of products is inherently dangerous, and that the product that caused the injury was made exactly according to the manufacturer’s specifications.

In July of 2018, a jury in Missouri awarded $4.69 billion to 22 women and their families who claimed that asbestos in Johnson & Johnson’s talcum-powder products caused them to develop ovarian cancer. Thousands of other women across the United States are currently suing the company for similar injuries. In essence, these lawsuits claim that a woman who has regularly used baby powder as part of her regular hygiene faces a much higher risk of cancer. Talc fibers are sometimes found in the ovaries, fallopian tubes, and pelvic lymph nodes years after entering a woman’s reproductive system. These fibers take years to disintegrate and may cause inflammation in the ovaries, which in turn may result in a higher rate of cancer.

In the Missouri case, the women bringing the lawsuit successfully argued that Johnson & Johnson had covered up many years of evidence of asbestos in some of its talcum-based products. Johnson and Johnson strenuously disagreed that its products contain asbestos. Nevertheless, the plaintiffs persuaded the jury that the company should mark its products with warning labels, or focus exclusively on powders made with cornstarch. Johnson & Johnson now faces more than 9,000 plaintiffs in similar cases involving body powders with talc.

For years, a drug called Risperdal has been commonly prescribed for mental illnesses including depression, schizophrenia, and bipolar disorder. Risperdal is also used to lessen the irritability associated with autism. Now Risperdal is the subject of thousands of lawsuits alleging that in young men and boys it causes gynecomastia: male breast growth.

In October of 2019, a Philadelphia jury ordered the manufacturer to pay $8 billion to a man who grew breasts after he began using Risperdal in 2003, at age 9, to treat symptoms of autism. His lawsuit—like thousands of other active cases involving Risperdal—alleged that the manufacturer knew of the risk, withheld evidence from the FDA, and failed to warn doctors and patients about the risk. In other words, the cases allege both a design defect—a danger inherent in the product itself—and a “marketing defect,” a failure to warn the public about that built-in danger. As with the baby-powder litigation, these lawsuits assert that the manufacturer knew about the risk for decades but failed to warn consumers.

Here’s one more example of a design defect that has caused widespread pain and suffering.

Over the last few years, hip-replacement devices have been the subject of several high-profile lawsuits. Long before the devices were supposed to fail, corrosion of the metal parts caused loosening and friction. In turn, this friction caused metal shavings to be released into the body, resulting in a medical condition called metallosis. Metallosis is the build-up of metal within the soft tissue of the body, causing pain, masses that resemble tumors, and in some cases the the death of cells and living tissue. In 2014, billions of dollars were paid by just one manufacturer, Stryker, to settle cases related to the metal-on-metal design of its devices.

And even after Stryker rolled out a new design, it appears that patients’ problems are still going on. Some of the newer-model hip implants have been found to loosen soon after surgery, causing pain that can only be addressed with more surgery. As of August 2019, there were nearly 2,000 lawsuits pending against Stryker over this new design.

Design-defect claims such as those in the hip-implant, Risperdal, and baby-powder lawsuits are commonly combined with a related allegation, the marketing defect claim: namely, that the company failed to warn consumers about the dangers of using its products. An attorney skilled in this area of the law will examine whether it makes sense to combine those two kinds of claims. 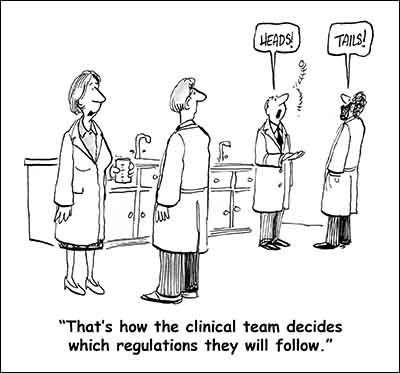 Now let’s turn to the third type of unsafe and defective product: one where the problem is caused by a manufacturing defect.

Using our pain-reliever example, suppose that the unfortunate user’s heart attack was triggered, not by some normal ingredient in the headache medicine, but by something that got into the medicine while it was being manufactured. Maybe that particular bottle of pain reliever was contaminated by several drops of ephedrine that fell into it by accident at the processing plant factory where it was made.

In that situation, if the plaintiff could show that his heart attack was caused by the contaminant—the ephedrine—then his claim would be based on a manufacturing defect. Other examples of manufacturing defects might include a child’s slide that has a wobbly support leg; a new car that leaves the factory with a broken CV joint; or an electric blanket with faulty wiring.

In each case, the plaintiff must be able to show that his or her injury was caused by the manufacturing defect.

So, for example, the heart-attack victim might need to prepare for the manufacturer’s blaming the heart attack on some preexisting health issue, or on his not taking the medicine exactly as prescribed. In the car example, if you were driving outside Durango, misjudged a curve, and drove off the road in the the car with the defective CV joint, you would have a manufacturing defect claim only if you could show that it was the faulty CV joint — not your lousy steering — that caused your accident. In other words, expect the manufacturer to do everything in its power to show that your pain and suffering are the result of something for which you, not they, are to blame. That’s just one reason you want capable, experienced legal help on your side.

Emerging Frontiers for Products Liability in the Vaping and Marijuana Industries

Some cases currently in the headlines are drawing attention to what appear to be negligent and dangerous manufacturing processes. As we all know, electronic cigarettes or e-cigarettes have boomed in popularity in the few years since they first appeared on the market. Not surprisingly, however, e-cigarettes and vaping pens are giving rise to all kinds of lawsuits.

While so far there have been no major verdicts or settlements related to e-cigarettes, e-cigarette lawsuits are definitely a fact of life in 2020. This is not surprising, considering the widespread reports of vaping-related lung injuries and deaths that been cropping up. Most e-cigarette lawsuits have been filed by young adults or parents of underage children who had no idea of the side effects of vaping: side effects that can include hemorrhagic strokes, or bleeding in the brain; extremely serious lung diseases; and seizures.

Recently, a former senior vice president at Juul, the best-selling e-cigarette manufacturer in the U.S., sued the company, alleging that Juul shipped and sold at least one million contaminated vaping products to customers and retailers in 2019. While so far there is no evidence that the alleged contamination is to blame for vaping-related injuries or deaths, the lawsuit highlights manufacturing defects as yet another potential risk of vaping. This lawsuit will be important to follow as it winds its way through the courts, especially given this fact: since 2014, e-cigarettes have been the most commonly used tobacco product among U.S. teenagers and young people.

The subject of e-cigarettes raises some similar issues even closer to home. Here in Colorado, we know that as cannabis products become more widespread, so do concerns about their potential dangers. In fact, cannabis products offer useful illustrations of all three of the unsafe and defective conditions that we’ve been talking about:

Act Now to Preserve Your Rights

Whenever an unsafe and defective product hurts someone, the clock begins ticking on those injuries. That means that, whether your claim relates to talcum powder or a pharmaceutical drug or a defective automobile—whatever the product is that caused your injuries—the law imposes time limits to make your claim. If you fail to bring your claim within those time limits, you forever lose your right to do so.

Meanwhile, as we’ve seen, this specialized world of product-liability litigation can be an especially challenging area of the law: