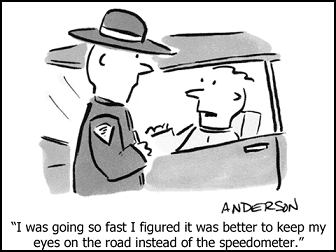 Even the best drivers make mistakes sometimes. We get preoccupied with all the pressing matters of life and forget to keep an eye on the speedometer. We get distracted by other drivers, pedestrians, and cell phones. It happens. It could be confusion caused by traffic lights with flashing yellow arrows that we have in Southwest Colorado. It could be because you decided to pass a car and had the misfortune of passing them right when you were being clocked by the police. Maybe you just got a little carried away trying to get to the mountain on a powder day. We’ve all been there. But sometimes traffic infractions aren’t your fault. Sometimes other drivers cause the infraction and you are unfairly ticketed in a situation that could not have been avoided. Maybe a police officer drove dangerously close and was riding your bumper causing you to speed up when he “paced your speed” and discovered you were speeding. Maybe you were accused of following too closely when the other driver slammed on his brakes causing you to hit him. Sometimes accidents are unavoidable.

Unfortunately, some of the most severe penalties for traffic offenses are attached to citations you receive after an auto accident, even though you may be entirely innocent. Careless driving is a misdemeanor offense in Colorado. People are often charged with careless driving after an accident. You can be jailed for up to 90 days if you are found guilty. If there was a serious injury you can go to jail for up to a year. Chances are the officer who investigated the accident wasn’t there when it happened, and he just made a guess about what happened based on his perceptions. If you want to challenge the citation in court, it is in your best interest to be represented by an attorney.

What can an attorney do for me if I am cited for a traffic infraction? 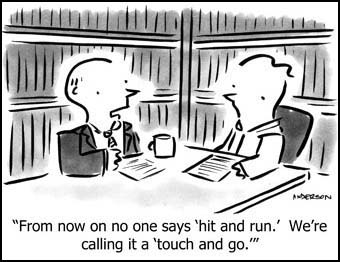 Sometimes it makes more sense to just pay the ticket and move on. But, there are a multitude of reasons why you may want an attorney’s help. Whenever you plead guilty in a traffic matter you incur points against your driver’s license. If you accumulate too many points this can cause your insurance rates to go up. This can also cause your driver’s license to be suspended. Most commercial and occupational drivers can’t afford to have a bad driving record. An attorney can often help you avoid a conviction, and keep the points off your license.

Another reason to have an attorney for your traffic matter? You’re just too busy! If you hire an attorney you can often avoid having to go to court. Sometimes you can’t just pay the ticket and move on. Certain traffic offenses carry a potential for jail in Colorado. This means you have to go to court. If you receive a summons you must appear in court or a warrant will be issued for your arrest. If your schedule can’t accommodate a day in court, or if you live in another city or state, hiring an attorney allows you to avoid the expenses and burden associated with appearing in court.

People often need an attorney in the aftermath of an auto accident. The outcome of your traffic citation may impact other litigation connected with the accident. If your ticket is dismissed it may help bolster your position in a connected civil lawsuit.

Another issue that comes up is restitution. Sometimes when there is an auto accident the prosecutor will use the threat of jail as leverage to extract an excessive amount of restitution. Accident victims sometimes make fraudulent claims of losses not covered by your insurance company, and in Colorado, they can ask the prosecutor to collect this money from you if you are found guilty. This is called restitution. Colorado law allows prosecutors to use the criminal process to make you pay restitution. An attorney can help you obtain the evidence you need to prove a restitution claim is fraudulent and avoid restitution payments.

Want to fight your speeding ticket? Here’s how to win.

Before the speed measurement obtained from the radar gun can be used in court the prosecutor must lay an appropriate “foundation.” Typically, for most low level traffic offenses in Colorado the police officer is the prosecutor. Often, they have not been properly trained on the foundation for radar evidence. In order to have the radar evidence admitted they must testify about the following:

If the prosecutor fails to do any of these things, then a well timed objection should keep the speed reading on the radar gun out of evidence.

In order to prevail on a speeding case the prosecutor must also identify the location of the offense and present evidence that it occurred in the county where you were charged. They must also identify you in court as the driver. If they fail to do one of these things then the case should be dismissed.

It is helpful to study the instruction manual for the radar device before taking the case to trial. Most police in Southwest Colorado use a radar gun called the Stalker DSR 2X. You can find copies of the operator manual online with a google search.

You should also study the case People v. Walker, 199 Colo. 475, 481 (Colo. 1980). You can download the case with this link: People v. Walker. This case lays out the foundation requirements set forth above.

If you need representation for a traffic offense call attorney Marshall R. Sumrall today for a free consultation, or inquire online and speak to a lawyer today.