Colorado ranks #10 among all U.S. states in the size of its cattle inventory, and #3 for its numbers of sheep. Equal numbers of both animals—roughly 30,000—are found in the southwestern corner of the state. And in addition to cattle, sheep, horses, and goats, the state is becoming an increasingly popular locale for raising a variety of more exotic animals, such as alpacas and bison. 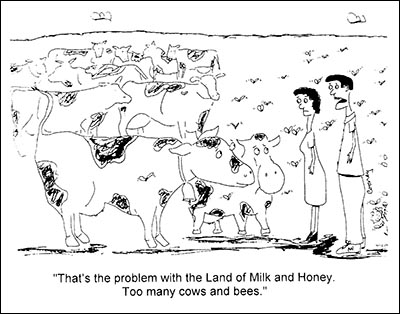 The prevalence of livestock means that motorists in Southwestern Colorado face the very real possibility of colliding with an animal when it wanders onto a roadway. Such accidents are especially terrifying at night, when a driver may not be able to see the animal in time to avoid a crash. Whenever they happen, however, these collisions can be disastrous.  In the area around Durango, for example, Shorthorn and Hereford cattle are common. An individual cow of either breed often weighs 1,500-1,800 pounds or more. That means that in a collision, vehicle damage is almost certain, and human injury and even death are always possible.

Colorado is an “Open Range” or “Fence Out” state. That means that domestic livestock are free to graze and move around, unrestrained by fences, without liability to the owner of the livestock. If you as a property owner do not want livestock wandering onto your land, then the law puts the burden on you to put up a fence: that is, to “fence out” the offending animals.

But there are exceptions to this rule. For example, a livestock owner may not use the open-range law to excuse his negligence in allowing livestock to roam onto a roadway. The owner may be liable for doing so if it creates a hazardous or unsafe condition. A Colorado statute (C.R.S. § 35-46-105) specifically prohibits livestock grazing near roads or within city limits.

In evaluating your particular case, your attorney will want to consider the possible fault of all parties involved. As we have just seen, the rancher or stock owner is a natural starting point. Your attorney will try to determine what the rancher or stock owner knew about the animals’ behavior before this accident, and whether he or she knew beforehand that their animals were escaping onto surrounding roadways. In turn, it is important to identify any steps the owner may have taken to prevent their animals from scattering.

But it may also be important to consider the actions of the landowner where the livestock were grazing. For example, a property owner who gave permission to a stock owner to graze there. Even where the livestock owner claims to have had permission, it may be important to determine whether he had a formal license or lease. Occassionally a rancher claims to be grazing his animals under a “sublease” from another rancher who actually has the landowner’s permission. This situation deserves scrutiny by an experienced attorney, since in some cases this practice of “subleasing” grazing rights is illegal.

Another possible party is whoever was responsible for maintaining the fences along the roadway. If the animals were able to enter the roadway because a fence was down, then the party responsible for maintaining the fence may be liable.  It may be that the fencing was not properly maintained, or that it was allowed to deteriorate. Perhaps an investigation reveals that there were similar occurrences, even collisions, in the past, such that the landowner or stock owner knew or should have known that there was a high risk of just the kind of accident that caused your injuries.

Livestock-collision cases may give rise to a whole range of complex legal issues. Immediate investigation is critical, so that you and your attorney can gather evidence of possible negligence, whether the rancher’s, the landowner’s, or some other party’s. Photographing sections of the nearby fence may be useful. So can checking county records, to see whether similar accidents have occurred in the same area. Interviews with neighboring landowners will often reveal their frustration with the rancher’s animals constantly running loose on their property.

If you or a loved one has been injured in an accident involving livestock or domesticated animals, contact the Sumrall Law Office for a free consultation, or inquire online, and speak to a lawyer today about your case.