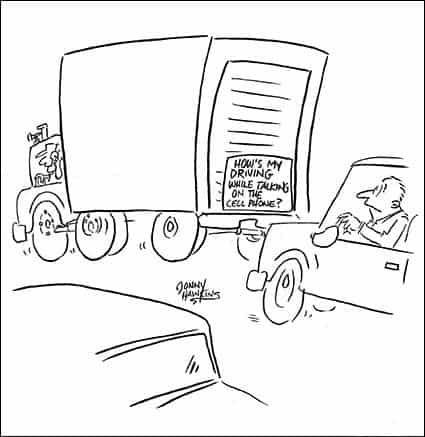 The roads of Southwest Colorado are famous for their scenic beauty—but also for the risks they pose. Before commercial truckers set out on Highway 160, they know that they must familiarize themselves with its many switchbacks and dangerous hairpin curves. Winter travel can be especially hazardous. In all seasons, however, the principle of “sharing the road” is especially important in and around Durango. Unfortunately, the sad reality is that passenger vehicles are sometimes struck by large commercial trucks. Whenever that happens, victims of the crash must act quickly to protect their rights. (See Article: What should I do if I am injured in an auto accident? ).

One of the first steps is to identify those responsible for the crash. Typically the first party to come to mind as the target of a lawsuit is the truck driver, and with good reason. Careless behavior by the trucker often leads to accidents. That’s why a thorough investigation, as soon as possible after the accident, is essential. In some cases the investigation reveals that the truck driver skipped a mandatory rest break, or ran a red light, in order to deliver his cargo on time. Alcohol sometimes plays a role. In addition, it is important to note that truck drivers are required by law to keep detailed logs of their driving hours. When an accident happens, these logs can be examined for evidence that the trucker was fatigued. Cellphone records can also be used to see whether the trucker’s use of a cellphone contributed to the accident. You will also want to study the tractor-trailer’s maintenance records, which must be retained after an accident, in order to determine whether faulty equipment contributed to the crash.

But a thorough investigation does not stop with the driver. That’s because preparing, loading, and routing a large commercial truck is typically the work of many parties. A mistake by any one of them can cause the truck or its cargo to pose a danger to other motorists. When it does, those other parties may also be at fault for your accident. For example, the company that hired the driver may have failed to make sure that the driver was properly licensed. The company that owned the truck may have failed to confirm that the cargo was loaded properly. Even when the trucker’s employer did nothing wrong, a legal doctrine called respondeat superior may apply, meaning that the trucker’s on-the-job negligence will be imputed or assigned to his employer. In simple terms, this means that the victim of such an accident can sue the trucking company, as long as its driver was considered to be working for his employer when the accident occurred. The bottom line is that it is critical to identify all those responsible for the accident, and to make sure that they are properly named and served in your lawsuit. 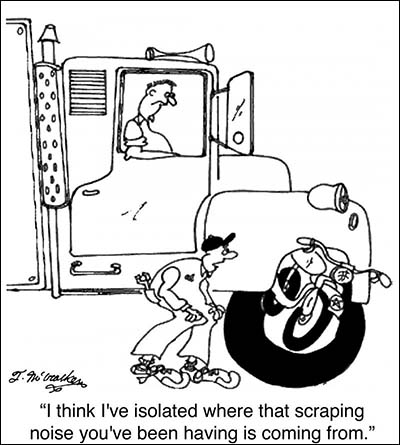 Another feature of a proper investigation will be analyzing the applicable insurance policies. The commercial liability policies that truckers are required by law to carry generally have significantly higher liability coverage, compared to most consumer auto policies. Understanding the extent of the available coverage, and engaging in discussions with the trucking company’s insurance carrier, are tasks best left to an attorney.

Eighteen-wheelers typically outweigh passenger vehicles by twenty times or more, a difference that can be terrifying when they collide. These accidents can result in serious and sometimes fatal injuries. It is not uncommon for victims to require hospitalization and possibly years of rehabilitation. And when a death occurs, the suffering of grieving family members is enormous.

If you or a loved one have been in an accident with a commercial truck you are invited to contact attorney Marshall R. Sumrall for a free consultation. Mr. Sumrall pursues commercial trucking accident cases with compassionate representation tailored to the client’s specific needs. Call now for a free consultation, or inquire online, and speak to a lawyer today about your case.